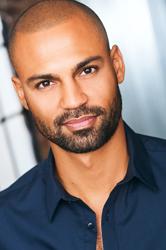 Darrin Charles helped Oshkosh North to a WIAA state football championship in 2000 and was a three-time individual state track and field champion in the high jump. He also played basketball and graduated in 2001. Charles played football at Wisconsin and finished with over 1,000 career receiving yards for the Badgers. Here is an update of his accomplishments and where he is now:

List any community organizations, hobbies or activities you are involved in: I really enjoy reading, trying new things, I support Hashtag Lunchbag (an organization working to provide meals for homeless persons or those in need). I'd like to establish a stronger connection with a cause in my community locally that can affect things globally.

What sports do you participate in now? General fitness, yoga, weight training

What game/event against an FVA opponent stands out in your memory and why? In 2000, the Oshkosh North football team was in a playoff game against Oshkosh West at Titan Stadium in Oshkosh. Both teams were the top of the FVA and the team that lost would be eliminated from the pursuit of the State Championship trophy. This game generated a record crowd at the UWO stadium which created a buzz that was unmatched previously. Being able to play in front of our community with such strong support and energy couldn't be more ideal. Especially playing under the stadium lights. My teammates and I had been playing together since our time in middle school. The Oshkosh North team, my team, quickly led by halftime. Soon after that we were the runaway winners of that game. It really was special as our team was one of the strongest in the country as we found out later in the year and eventually went on to win the state championship.

Who was your favorite athlete you competed against in the FVA? I enjoyed all the competition I faced during my time in the FVA. Competing in track and field, basketball and football at a high level, I've seen terrific talent. I've won against incredible individuals and teams, yet lost to even better talent. I've always been proud of the skill level in the FVA through to Division III collegiate sports and up within our state. We really are strong across the board in our communities.

Who was your favorite FVA team to compete against? Oshkosh West and Fond du Lac were the strongest teams and in my mind the teams I focused on the greatest during my time in the FVA.

What makes you most proud of your high school? The Oshkosh North leadership. That begins with Craig Lieder who has been a champion of student-athletes and our programs since I can recall. To this day he remains an example of all that the FVA can be and is. The coaches who have leaned on me and have asked of me to be a better young man and more committed student and athlete. My teachers who asked more of me because they saw more in me than I could. Who understood that I needed to provide more value than simply athletic achievements. Especially those that were also my coaches, who never gave me preferential treatment. I'm a child who could have slipped through the cracks as easily as I would eventually stand out. This was a community effort that allowed me to be on the foundation I stand today. I'd like to say a gracious thank you to each of you.

Quote: "My most beautiful memories were shared with others. Winning each of those football games through the 2000 football season. Working with this coaches and those guys are one of those stories were everything fits and works. That's the magic. This feeling extends to the track and field team and those successes we had as individuals, events and as a team. This was a special time in Oshkosh North history, from my perspective."

Please share anything else you have done or accomplished since high school that is noteworthy: I'm excited about my pursuits in the entertainment industry. I've worked in national commercials, film and tv. Modeling has been an unexpected venture which has been a really fun experience for me too. A couple weeks ago I lead-produced on a film and acted in it with a great group of guys and a talented cast and crew. It has received festival recognition for Best Drama and we eventually won Best Ensemble. So that's been a fun development. I will continue developing as an artist and participate in stories that elevate our ability as humans to relate and embrace our differences. I believe in something that is far greater than what separates us. This, I find worthy of a life-long pursuit. Thank you for your continued support.