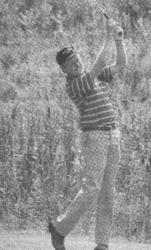 Bob Schuhart is the only two-time WIAA state boys golf champion from the FVA, having won the 1980 and 1981 state titles for Oshkosh West. He went on to an illustrious college career at UW-Oshkosh and enjoyed plenty of success on the local amateur golf scene. He is now back at his alma mater as a custodian. Here is a look at his background:

What sports do you participate in now? Still golfing

What game/event against an FVA opponent stands out in your memory and why? Neenah, because they were hard to beat

Who was your favorite athlete you competed against in the FVA? Tom Martine, Neenah

Who was your favorite FVA team to compete against? Oshkosh North

Please share any other great memories of competing in the FVA: I loved to complete at the highest level and putting West on the top.